Farah Al-Nakib to Launch Book "Kuwait Transformed: A History of Oil and Urban Life" at AUB 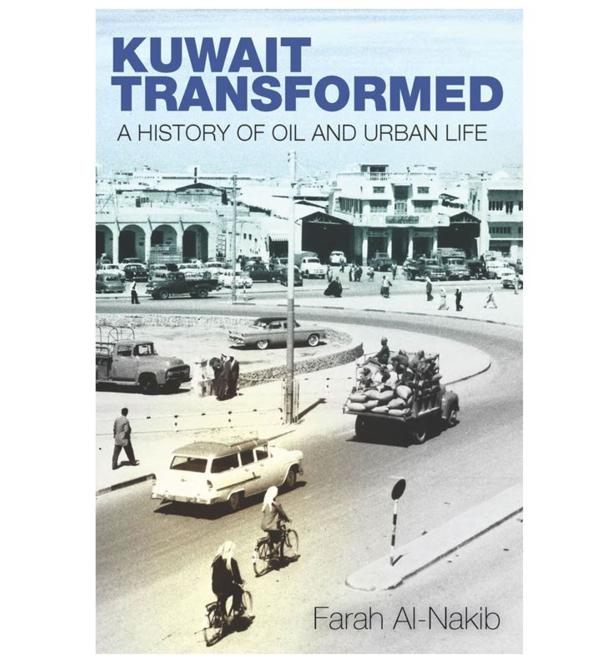 The Center for Arab and Middle Eastern Studies (CAMES) and the Graduate Programs in Urban Planning, Policy and Design at the American University of Beirut cordially invite you to a book launch and discussion of "Kuwait Transformed: A History of Oil and Urban Life" by Farah Al-Nakib, American University of Kuwait.

Abstract: As the first Gulf city to experience oil urbanization, Kuwait City's transformation in the mid-twentieth century inaugurated a now-familiar regional narrative: a small traditional town of mudbrick courtyard houses and plentiful foot traffic transformed into a modern city with marble-fronted buildings, vast suburbs, and wide highways. In Kuwait Transformed, Farah Al-Nakib connects the city's past and present, from its settlement in 1716 to the twenty-first century, through the bridge of oil discovery. She traces the relationships between the urban landscape, patterns and practices of everyday life, and social behaviors and relations in Kuwait.

Farah Al-Nakib is Assistant Professor of History and Director of the Center for Gulf Studies at the American University of Kuwait. She obtained her PhD (2011) and MA (2006) in history from the School of Oriental and African Studies in London. Her research primarily focuses on the urban history of Kuwait City before and after oil. She has published a number of articles and essays articles on the topic and is co-editor of the Cities Page on www.Jadaliyya.com.

Waleed Hazbun is Associate Professor in the Department of Political Studies and a former Director of CAMES. He is the author of Beaches, Ruins, Resorts: The Politics of Tourism in the Arab World (2008), as well as a number of articles and essays on the critical geopolitics of the Middle East and US policy towards the region. He is currently at work on a new book project on the global politics of aviation.

Nadya Sbaiti is Assistant Professor of Middle East Studies at CAMES. She specializes in the social and cultural histories of the modern Middle East, with themes ranging from education, tourism, gender, and nationalism and colonialism. Her current manuscript explores interwar Lebanese nation and state building through the lens of education and the invention of historical narrative. She is the author of a number of research articles, and is a co-founder and co-editor of Jadaliyya.com.