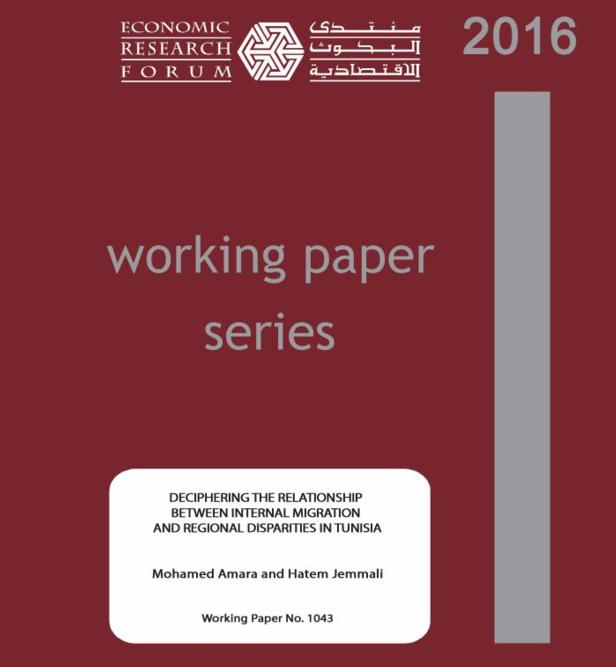 The Arab Council for the Social Sciences (ACSS) grantees, Mohamed Amara and Hatem Jemmali, have published a working paper, titled "Deciphering the Relationship between Internal Migration and Regional Disparities in Tunisia," as part of the Working Paper Series of Egypt's Economic Research Forum (ERF).
Amara and Jemmali's paper analyses the key factors that shape inter-governorates migration in Tunisia, focusing mainly on the role of distance, labor market characteristics, human capital and per capita expenditure in driving migration flows.
It uses basic and extended gravity model as well as the Poisson pseudo-maximum-likelihood model for modelling migration data extracted from the 2004 census.
The main findings reveal that, as expected, inter-governorate migrations in Tunisia are affected by high population size at the origin and destination, high unemployment rate at the origin, low unemployment rate at the destination.
This paper is part of Amara and Jemmali's research, which was carried out with the support of the Arab Council for the Social Sciences, under the Research Grants Program's Third Cycle (2015-2016) on “Inequality, Mobility and Development in the Arab Region”, and funded by the Swedish International Development Cooperation Agency, Sida.
To read Amara and Jemmali's paper, click here.