Call for contributions - Bringing ideas back in: Rethinking gender equality, relations, and strategies in Lebanon 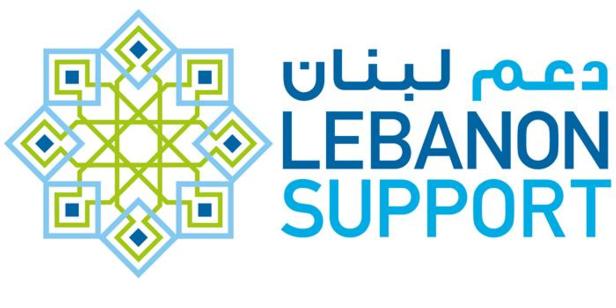 A project by Lebanon Support in collaboration with Diakonia

Bringing ideas back in: Rethinking gender equality, relations, and strategies in Lebanon

Lebanon Support adopts a holistic approach in developing original evidence-based research and literature that aims to deconstruct social, economic, and political factors and structures fostering and sustaining gender inequality and gender motivated or based violence.

The purpose of the proposed research is to provide gender actors in Lebanon with a knowledge base to assist in developing holistic strategies, programs, and interventions. It aims to more effectively enhance and promote gender equity and women’s rights, contributing to combating violence against women in its various forms and practices (discursive, physical, social, economic, psychological, and so on).

This call for papers emerged from a series of consultative meetings held by Lebanon Support with gender actors in Lebanon (scholars, practitioners, and activists), to identify research gaps and priorities within Lebanon’s gender sector.

In particular, Lebanon Support encourages contributions looking into the Lebanese context (including Palestinians, Syrians, and other migrants and refugees living in Lebanon).

Lebanon Support will give priority to submissions that adopt a radical and critical approach to gender related concepts and categories, engaging with a solid theoretical framework and based on fieldwork research.

The review committee will share a reply with all applicants by August 20, 2014.

Papers should be sent for peer-reviewing by October 20, 2014.

Publication of papers is scheduled in December 2014.

Lebanon Support invites scholars, practitioners, activists, and civil society experts to engage with these questions and explore alternatives in topics, which include but are not limited to:

Most scholars date women's movements and organizations in Lebanon back to the 19th century, during al-Nahda, the "Renaissance" era. It gave birth to a first generation of women organizations during the first half of the 20th century, who were mainly organized as charity organization and geared towards the struggle for national independence.

This was followed by a second generation, which stemmed from left wing activism, especially during the 1960s and 1970s. The movement began to raise specific women-centered concerns and rights.

In the 1990s, a third wave saw the light in international conventions, such as CEDAW (1979), the Fourth World Conference on Women (Beijing, 1995). They introduced new concepts and corresponded to the emergence of several NGOs and the “professionalization” of women “activism”. The first decade of the 2000s saw the emergence of “radical” groups and collectives expanding their demands to sexual rights and gender identities/expressions.

In this context, we seek contributions that can shed light on what constitutes feminist discourses today in Lebanon:

- How do feminist actors and activists relate between gender issues and, women’s rights, and other social, economic, and political questions, such as class, national rights, and sexual rights, among others?

- Are the current strategies and discourses able to appeal to women in Lebanon, nominally working class women and other marginalized social groups?

- And what are the challenges and obstacles pertaining to the development of a more rooted women’s rights movement in Lebanon?

2. Dynamics and relations of power, family, couples, and the question of equality and violence.

The family, or “private”, sphere is traditionally depicted as encompassing domestic life, child rearing, housekeeping, and religious education, assigned to women. This is versus the public sphere, which is comprised of politics and law, among others, and conventionally assigned to men. In this context, we look for contributions that critically challenge the existing dichotomy between “private” and “public” spheres:

- How does the gendered division of labor transform into relations of dominance and oppression within the family or the household?

- Is the family or household unit a static entity or is it a transforming entity in relation to the social, economic, and cultural (including religious structures, laws, and discourses) transformations happening within society at large (such as increased participation of women in economic and social spheres, increased urbanization, the deconstruction of extended family relations and the nuclearization of the family, and changes of how people relate to religion and to power, among others)?

- How do these transformations and existing structures impact the relations of power and decision-making structures within the nuclear family and the extended family? And, more importantly, how does it affect women’s lives both in the private and the public spheres – in terms of control of resources, women’s wages controlled by family patriarchs, access to social security schemes through their spouses, income and property-related decisions, women’s participation in the public sphere, politics (including political organizations), social activities and relations, among others?

- How can we assess and critically examine unwaged domestic labor? Should it be a social responsibility or should it still be contained as a matter of a shared (between men and women) private responsibility, or a combination of both?

- Finally, how does this setup of power relations and inequality in access to resources, as well as cultural norms and lack of economic, social, and cultural independence, relate to domestic violence against women and girls? And how could it be combatted?

3. Sexuality and bodily rights: women’s self-image and self-perception of their sexual identities and bodies.

In the years 2000, women organizations and LGBTQ collectives in Lebanon directed more attention and focus on sexual and bodily rights, in a context where sexuality is still generally considered as a taboo. While laws and legal reforms do play a crucial role in advancing and/or restricting sexual and bodily rights, there are other variables that contribute to the formulation of both a social and individual behavior with regards to sexuality and sexual identities. They are, nonetheless, heavily influenced by the legal environment and discourses that frame both the culture and the experience of sexuality among women in Lebanon.

Within this framework, contributors are encouraged to explore how women experience and live their sexuality(ies) and how they perceive their bodily rights within the existing relations of oppression and exploitation, both in terms of the legal environment and social and cultural norms.

Critical approaches in relation to the dominant or prevailing images of women in the media and general discourses are also encouraged. They should dwell on the cultures and acts of violence against women, such as social and individual behavioral restrictions (segregation, hijab, dress codes, fashion, consumerism, norms, etc.) and direct acts of physical and psychological violence (rape, harassment, honor crimes, enforced marriage, survival sex, sexual exploitation, and so on).

Moreover we also encourage contributors to critically address discourses of women and feminist organizations in Lebanon, how they relate to the question of women’s sexuality and bodily rights, and their capacity to limit and/or expand discourses of resistance to oppression and exploitation among women.

It is generally acknowledged that women in Lebanon are caught in a contradiction between the constitutional principle of equality (Article 7 of the Constitution), commitment to international treaties (including CEDAW), and the patriarchal and gendered structures of family, nationality, and penal laws.

Women’s lives in Lebanon are regulated by 15 different personal status codes, addressing marriage, divorce, child custody, and inheritance. Despite the variety of these codes, they share an institutionalized patriarchal culture and similar norms, which result in various levels of oppression, control, and discrimination against women. Moreover, penal codes clearly disadvantage women as victims of crime and violence, mainly gender-motivated violence, so as to preserve so-called family cohesion, which is central for sustaining the sectarian political system in place in Lebanon.

Within this context, we are looking for contributions that can dwell into the social implications of such laws and structures on the daily lives of women in Lebanon, specifically examining the implications of these conditions on women’s social positioning and the cost paid by society in general for these laws and conditions?

5. Redefining masculinity and gender awareness among men in Lebanon.

Men are generally thought to be the main beneficiaries and initiators of the heteronormative gender order and the patriarchal power networks and relations. In this light, we encourage contributions to critically rethink these roles that are “traditionally” attributed to men:

- How are these roles constructed and sustained (culturally, socially, economically, in terms of discourse and sexuality, among others)?

- How do these roles contribute to the marginalization of women and LGBTQs? How do they translate practically in general and particular social contexts, such as in the so called “gated communities” (camps, ghettos)?

- How do men themselves live their “masculinity/ies” as a social construct affecting their own identities, experiences, subjectivities, discourses, representations, sexualities, bodies, power, emotions, politics, social relations, intimacies, socializations, childhood, youth, fatherhood, families, and violence, among others?