Call for Papers - The Department of Humanities, College of Arts and Sciences, Qatar University 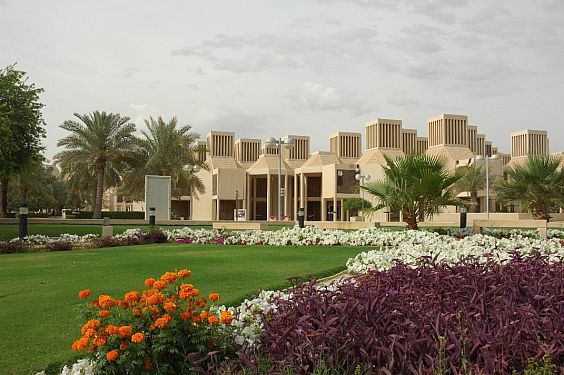 The Department of Humanities, College of Arts and Sciences, Qatar University, is pleased to announce a call for conference Papers on “The Great War and its Legacy in Central Europe and the Middle East: (Re-)Drawing and Contesting Borders, Nations, Identities, and Spaces.” The conference will be held 11-12 March 2015, Qatar University, Doha.

More information can be found on this link: http://www.qu.edu.qa/artssciences/humanities/conferences/index.php

Inspired by the centennial anniversary of World War I (1914-2014), the conference focuses the theme of conflict and contestation, and particularly with reference to territories, peoples, and heritages, as legacies of the war and its peace settlement. The geographical focus here are the realms of the Habsburg and Ottoman Empires—Central Europe and the Middle East. As a result of the war and peace settlement, much of the Middle East found itself under a new imperialism, with Western Europe manipulating its local societies. In Central Europe, various peoples found themselves under the yoke of “foreign” states as “national minorities,” while national governments demanded their “return” along with the borderlands they inhabited. For these and many other reasons, World War I and its peace settlement thus laid the ground for long-term conflict in both regions, manifested in territorial conflict, wars, “ethnic cleansings,” authoritarian regimes, and radicalism. Within the often arbitrarily-drawn new national borders, the identity of territories, peoples, and heritages became objects of grave contestation and dispute between and within the new nation-states of Central Europe and the Middle East. The geopolitical contests over the remains of fallen monarchical empires (Ottomans and Habsburgs) paved the path to the Second World War in Europe. In the Middle East, the haphazard division of the Arab lands by the Mandate System led to a longstanding politics of contesting the very notion of Arab-ness and other cultural, linguistic, and religious identities. Indeed, the Palestinian – Israeli dispute over territories, spaces, and peoples remains one of the most internationally consequential long-term legacies of the World War I until today.

The purpose of the conference is to invite papers that address World War I and its legacies in Central Europe and the Middle East (focusing on the Levant and Arabian Peninsula) from inter-disciplinary, comparative/theoretical, and case study-based/empirical, perspectives, which are current with the latest relevant international research.  The Department of Humanities strongly encourages submission of abstracts that pertain to the conference theme. Conference papers (in English or Arabic) may address one or more of the following issues:

* Impacts of the war and postwar settlement on both regions

* Transnational contestations of the past, including memories of war and its repercussions

* The politics of peace making and reconciliation

Please include the following in your abstract (250 words maximum): name, current position and institutional affiliation, paper title, your mailing address, email, phone and fax number. You will be notified of acceptance by email. Selected papers will be considered for publication and inclusion in the conference proceedings. Submit a soft copy of your abstract via this email account:  historyconference@qu.edu.qa  at the latest by October 15, 2014.

The conference organizing committee will provide accommodation for up to three nights to paper presenters at one of premier hotels in Doha; and local transformation and hospitality during the conference period.