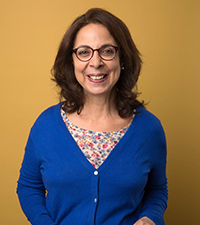 The ACSS is delighted to announce the appointment of Dr. Moushira Elgeziri as Associate Director starting from April 1, 2019.
Before joining the ACSS, Dr. Moushira Elgeziri worked on higher education issues in the Ford Foundation’s Cairo office from 2011- 2013 as a consultant and from 2013-2016 as Program Officer. Her grant making focused on advancing social justice in higher education institutions in the region. Dr. Elgeziri’s work aimed at providing scholars with opportunities for learning and public engagement that prepare them to influence social policy and become powerful advocates for social change.
From 2016 to 2018 she was the program officer for youth opportunity and learning at the Ford Foundation. Her grant making focused on viable solutions to inequality in secondary and higher education with a particular focus on providing comprehensive services to young Syrian refugees in host communities and refugee camps.
Previous to the Ford Foundation, Dr. Elgeziri managed the Middle East Research Awards Program (MEAwards) of the Population Council’s regional office in Cairo, serving most recently as Deputy Director. Her job with MEAwards encompassed building social science research capacities among researchers and academic institutions across the Arab countries. Dr. Elgeziri has also been a consultant to several regional organizations including the Woman and Memory Forum (Cairo), the Middle East Research Program (Tunis) and the Arab Council for Social Sciences (Beirut).
Dr. Elgeziri earned her BA and MA in political science from the American University in Cairo, and her PhD in development studies from the International Institute of Social Studies of Erasmus University in the Netherlands. Her research and commentary on the status of social science in the Arab region and on education and employment of women has been published in academic journals including Feminist Formations and UNESCO’s World Social Science Report, in addition to chapters in academic books. She served as co-editor of two Arabic volumes resulting from major conferences on the state of social science in the Arab world and the role of education in building citizenship. She also translated several books from English to Arabic on topics such as violence against women in Algeria, people and pollution and gender inequalities in the Arab world.
Dr. Elgeziri will lead and strengthen the work of the ACSS in fellowships and grants, including directing related events and activities such as grantee workshops and the biennial Research Forum. She will also play a major role in developing new programs for supporting researchers across the region and creating opportunities for regional and global collaboration.
In welcoming Dr. Elgeziri, Dr. Seteney Shami, Director General commented: “The ACSS is extremely fortunate in adding Moushira to its leadership team – her contributions will immeasurably strengthen the capacity of the Council to serve communities of researchers across the region. In addition to her long and deep experience in the areas of higher education, research capacity building and grant making, Moushira also brings to the Council extensive networks across many countries of the region. Everyone who knows Moushira respects and admires her intellect and competence as well as her generous and kind style. The ACSS will be enriched and strengthened with her on board.”