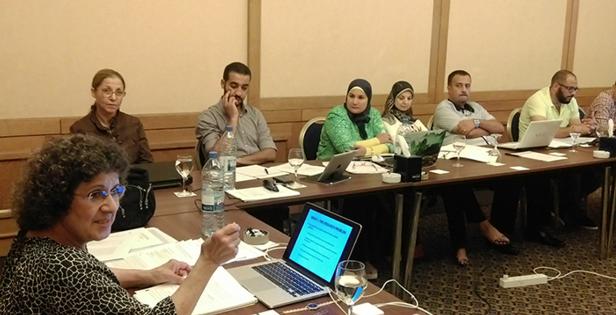 Training and Research Grants in Engaged Transformative Gender Research
2017-2019 | Amman, Jordan
Application Deadline: November 30, 2017
The Training to Engaged Research Group (TERG) and the Arab Council for the Social Sciences (ACSS) are organizing a two-year seminar (2017-2019) to train junior social-science scholars in engaged transformative gender research, focusing on gender violence in public spaces. The seminar invites JUNIOR ARAB SCHOLARS (and advanced PhD students) in universities, research centers, and NGOs based in the Arab region to design and execute action and policy-oriented research in and for their localities – research which has the potential to problem-solve realities on the ground; training which fosters the social engagement of junior scholars of gender and mentors them for evidence-based leadership and planning. The goal is to train scholars to carry out research that is socially useful. The project supports Arab universities in becoming sites of leadership for social change.
Sponsors and Presenters

The Training to Engaged Research Group (TERG) includes lead presenter Dr. Suad Joseph, Distinguished Research Professor of Anthropology and Gender, Sexuality and Women’s Studies at the University of California, Davis. The TERG team also includes Dr. Lena Meari, Dr. Nadine Naber, and Dr. Zeina Zaatari. The seminar is co-organized with the Arab Council for the Social Sciences. The ACSS fosters, funds, trains, and facilitates networks between scholars in the social sciences throughout the Arab region. The seminar is funded by the Open Society Foundation.

The training will consist of four in-person three-day seminars over a two-year period (the first seminar will take place in Amman, Jordan, on February 23-25, 2018). The first seminar trains junior scholars in proposal writing and research design. Participants will be assigned individual mentors to work with them for approximately six months doing assignments to complete a fundable research proposal. The proposals will be reviewed by the training team for funding with seed grants to carry out the research. The second seminar (Fall 2018) trains participants in qualitative data collection methods. In the following six months, participants will carry out their fieldwork, under guidance of their mentors. The third seminar (Winter/Spring 2019) trains participants in analyzing the data they have gathered. In the following six months, participants will carry out data analysis and writing their research reports, with feedback from their mentors. The fourth and final seminar (Fall 2019) workshops the research reports into publishable articles for a variety of possible platforms.

Applicants for the seminar must be advanced Arab graduate students, junior scholars or scholar-activists working in the social sciences based at universities or national NGOs in the Arab region. Applicants must already have a research project they are working on or committed to developing. Approximately 20-25 participants will be admitted to the seminar. Seminar participants will be funded for travel and accommodation to seminars, unless they already live in the seminar site. Lectures are in English. Participants must be relatively fluent in spoken and written English. Selected applicants will be asked to bring their own laptops to the seminars.
To apply, fill in the online application form and submit it by no later than November 30, 2017.

In advance of the first seminar, participants are asked to read the following documents on Dr. Suad Joseph’s website on proposal writing:
These documents are available in Arabic and English.
Structure of First Seminar
Day 1:
Components of a Maximal Research Proposal
Lunch break (lunch provided)
Structure of seminar
Day 2 and Day 3:
Lectures on gender research
Lunch break (lunch provided)
Writing Groups (participants present to writing group daily)
Participants presents their preliminary proposal draft
In the seminar, in-depth lectures will focus on each component of a maximal research proposal. Participants do daily assignments and work in writing groups. Mentors work with each writing group. Participants present their work to the whole seminar the last day.
Project Personnel: Training in Engaged Transformative Gender Research
PI: Dr. Suad Joseph completed her PhD in Anthropology at Columbia University. She is General Editor of the Encyclopedia of Women and Islamic Cultures (Brill 2003-2007) and EWIC Online (2009 -present). She is editor and co-editor of 10 books, and author of over 100 articles. She founded the Middle East Research Group in Anthropology (the Middle East Section of the American Anthropological Association); the Association for Middle East Women's Studies; the Arab Families Working Group; and a Consortium of 5 universities in Egypt, Lebanon, and Palestine, with UC Davis. She is Distinguished Research Professor and is the founding Director of the Middle East/South Asia Studies Program at University of California, Davis. She co-founded the Association for Arab American Studies and the Association for Middle East Anthropology. She was recognized at UC Davis for service by receiving the Graduate Mentor; the Distinguished Scholarly Public Service Award; Chancellor's Award for Diversity and Community; and the UC Davis Prize for Undergraduate Teaching and Research. She was President of the Middle East Studies Association of North America. She has received grants from the Ford Foundation, the Henry Luce Foundation, the International Development Research Center, the Population Council, UNICEF, the Swedish Institute of Alexandria, the National Science Foundation, the US Department of Education, the Open Society Institute and other funders. She has taught proposal writing and research design for over 30 years.
Dr. Zeina Zaatari works as Research Director at Political Research Associates and is an independent consultant focusing on gender and sexuality in MENA. She is the Associate Editor for the Middle East and Africa (northern and sub-Saharan) for the Encyclopedia of Women and Islamic Cultures and a trainer on research design and analysis. Previously, Zeina worked as the Regional Director for the MENA at Global Fund for Women (2004-2012). She earned her PhD in Cultural Anthropology with an emphasis in Feminist Theory from the University of California at Davis. Her recent publications include: “Social Movements and Revolution”, In A Companion to the Anthropology of the Middle East(2015); “Desirable Masculinity/Femininity and Nostalgia of the “Anti-Modernity”: Bab el-Hara Television Series as a Site of Production”, in Sexuality and Culture, (2015). She is the secretary of the Board of the Association for Women’s Rights in Development, and an Advisor for the Women Human Rights Defenders MENA Coalition.
Dr. Lena Meari is an Assistant Professor at the Social and Behavioral Science and the Institute of Women’s Studies at Birzeit University, Palestine. She received her PhD in Cultural Anthropology with a Designated Emphasis in Feminist Theory and Research from the University of California, Davis. Her dissertation, titled “Sumud: A Philosophy of Confronting Interrogation,” investigates transforming colonial relations in colonized Palestine from the perspective of the interrogation encounter. She taught several courses, including Anthropology of the Middle East at the University of California, Davis, as well as Critical Theories in Gender and Development and Qualitative Research Methods for graduate students at Birzeit University.  She was the first recipient of the Ibrahim Abu-Lughod Post-Doctoral Fellowship at Columbia University.
Dr. Nadine Naber is Associate Professor in the Gender and Women's Studies Program and the Global Asian Studies Program and holds an affiliation with the Department of Anthropology at the University of Illinois at Chicago (UIC). She came to UIC from the University of Michigan, Ann Arbor where she co-founded the Arab and Muslim American Studies program. At UIC, she is the founding director of the Arab American Cultural Center. She is author of Arab America: Gender, Cultural Politics, and Activism (NYU Press, 2012). She is co-editor of the books Race and Arab Americans (Syracuse University Press, 2008); Arab and Arab American Feminisms, winner of the Arab American Book Award 2012 (Syracuse University Press, 2010); and The Color of Violence (South End Press, 2006). Her current book in progress focuses on feminist activism in the context of the Egyptian revolution of 2011 and its aftermath and contemporary anti-sectarian protest movements in Lebanon.