Call for Applications: University of Göttingen Winter School on Inequality 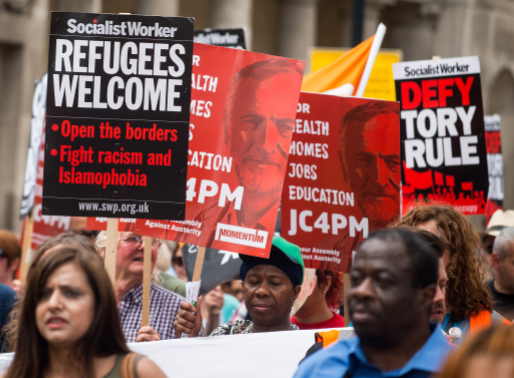 Social, political and economic domination in the modern world depend on the continuous production and reproduction of persons relegated to degraded forms of labour and life on the basis on allegedly inherited characteristics (Robinson, 1982). The University of Göttingen Winter School will examine processes of racialization not only in the Americas, but in a comparative framework that includes a variety of forms of descent-based subjection across the globe. Hence our use of the more capacious "inherited inequality." It will follow recent developments in the historical and sociological study of race and racialization, arguing that racialization is a global and transhistorical process (Da Silva, 2007) that deserves far greater comparative and interdisciplinary attention, especially from scholars and students of and in the global South (Comaroffs, 2012).

Students at the school will examine how "durable" inherited inequalities shape modern political, social and economic power, on one hand, and are at once key nodes of cohesion in social and political movements for justice. Young scholars from a diverse set of educational backgrounds and areal specializations will be provided with a set of rigorous comparative tools, drawing on the historical, sociological and anthropological perspectives and foci of the faculty, to understand pervasive and enduring forms of domination - and solidarity - in the modern world.

The Winter School will be held on January 8-14, 2018 at the University of Göttingen. Participants will engage in a weeklong program comprising lectures, seminars and workshops, reading and working groups, a field trip to a historically significant refugee housing center, documentary films, and social activities.
The school is intended for experienced MA students, and PhD students in the early stages of their degrees.

Shared techniques of domination across various world regions are only growing in importance, as movements of refugees and migrants render more and more people vulnerable to racialized subordination (UN Report of Special Rapporteur on Race, Racism and Xenophobia, 2015). To understand both racialized pasts and possible futures, we will focus on three themes, drawing on studies from a number of world regions, including the Americas, Asia, and the Middle East, to illustrate:

(1) Racial Capitalism: how are subpopulations relegated to forms of unfree and/or unwaged labour? What institutional, spatial, and political-economic processes reproduce these forms of social organization, and how and when do these techniques travel? How, in various regions, have these labour regimes been thrown into crisis? How are the privileges of dominant groups, including inherited wealth and preferential access to labour markets, maintained?

(2) Race and Political Representation. How does political action take place in distinct racial regimes? How is access to political power racially regulated, and articulated with common modern state forms, such as democracy? Who can represent "permanent minorities" (Guinier 1994, Ambedkar 1947), and what determines the limits of their participation? How is politics itself reconfigured by anti-racist movements as well as rightwing populisms?

(3) Race as Knowledge Production. Both in contemporary times and historically, the dissemination of authoritative knowledge about raced groups has been essential to their subordination, producing the broad systems of meaning within which racialized social organization "makes sense". How and where is this knowledge produced, and how does it circulate? How does it achieve its effects? What media are available for the circulation of dissent? What is or ought to be the role of scholars in the production of knowledge about race?

Fees & Funding
Participation is free of charge for the selected candidates.

Roundtrip air and train fare, accommodation with breakfast, most lunches and two dinners will be provided free of cost to all accepted students. Travel grants are paid as fixed country-specific travel allowances. All other incidental costs must be borne individually.
The Arab Council for the Social Sciences (ACSS) will cover the costs of Arab applicants based in the Arab region whose application is accepted.

Advanced Master´s students as well as early PhD candidates from relevant humanities and social science fields are invited to apply. Applications are due by September 1, 2017. Successful applicants will be notified in the middle of September.

Your application should consist of:

Please fill in the application form online, and upload the CV and letter of motivation. After successful submission of the application you receive an automatic confirmation via email.

Accepted students will be required to complete readings and one written presentation for the Winter School in advance.