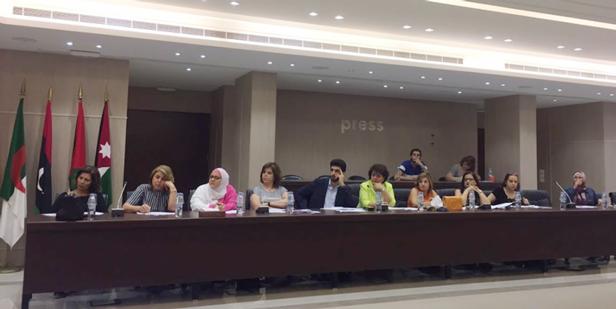 As part of its pilot project “Towards a New Generation of Social Scientists in the Arab Region” targeting high school students and undergraduates in their first or second year of university in four countries in the Arab region, the Arab Council for the Social Sciences (ACSS) convened on October 17, 2016 its first meeting of the Implementation Phase.

The consultative meeting was held with the principle actors who can directly influence the educational and career choices of high school students: high school principals, social science teachers, as well as parents from six public and private schools in Lebanon.

Representatives from the UNESCO Beirut office, the Ministry of Education and Higher Education (MEHE), and the Lebanese National Commission for UNESCO were also present at the meeting.

The purpose of the consultative meeting was to inform the various stakeholders of the Implementation Phase stages in schools, and to seek their feedback on this particular phase. The participants were also updated on the unified Outreach Strategy, which was developed in October 2015 with contributions from each of the countries participating in this project in this pilot phase: Oman, Egypt, Lebanon and Morocco.

While addressing the status of social sciences and how they are perceived in our society, Dr. Nadim Mansouri, a sociology lecturer at the Lebanese University outlined two major issues: the current perceptions of the social sciences, as well as relevant strategies of effecting change in this perception amongst various key players (students, parents, schools, various ministries). He also recommended making adjustments that suit that job market.

The ACSS, in cooperation with UNESCO, will start implementing the outreach plan in schools as of November 2016.