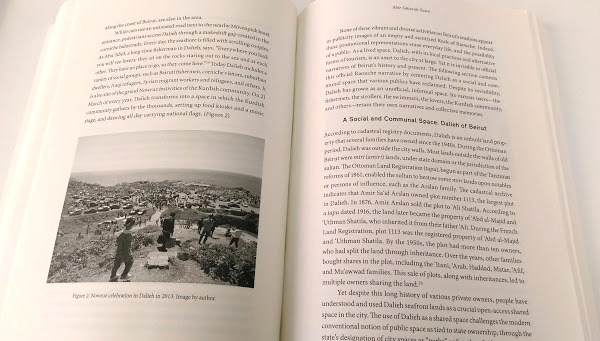 Following the publication of their articles in the Fall 2015 issue of the Arab Studies Journal, Jadaliyya interviewed our New Paradigms Factory (NPF) fellows Abir Saksouk-Sasso and Nadine Bekdache about their ACSS-funded research.
Abir Saksouk-Sasso
An architect and urbanist, Abir Saksouk-Sasso wrote about the fight for public spaces in Lebanon in an article entitled "Making Spaces for Communal Sovereignty: The Story of Beirut's Dalieh."
Saksouk-Sasso started working on her article back in 2012, when she had just finished a collaborative project entitled “This Sea Is Mine” about the coast of Beirut. The project had triggered a series of questions in relation to the coast and public space in Beirut.
"Through this investigation, I wanted to tell the story (history and present) of public space in Beirut from below; public space as used – hence spaces for the public," Saksouk-Sasso told Jadaliyya. "It is a story of people and places that were never made visible in official representations of the city, nor in most academic historicizing of Beirut."
Saksouk-Sasso wanted to situate the claims and practices of these users within a political framework of the right to the city. "These sites—namely Dalieh—have been in fact the platform for representing low-income city dwellers, refugees, suburb dwellers, ethnic communities, and others, as a legitimate part of the public, and of the city," she explained.
You can read Abir Saksouk-Sasso's full interview in Jadaliyya here. 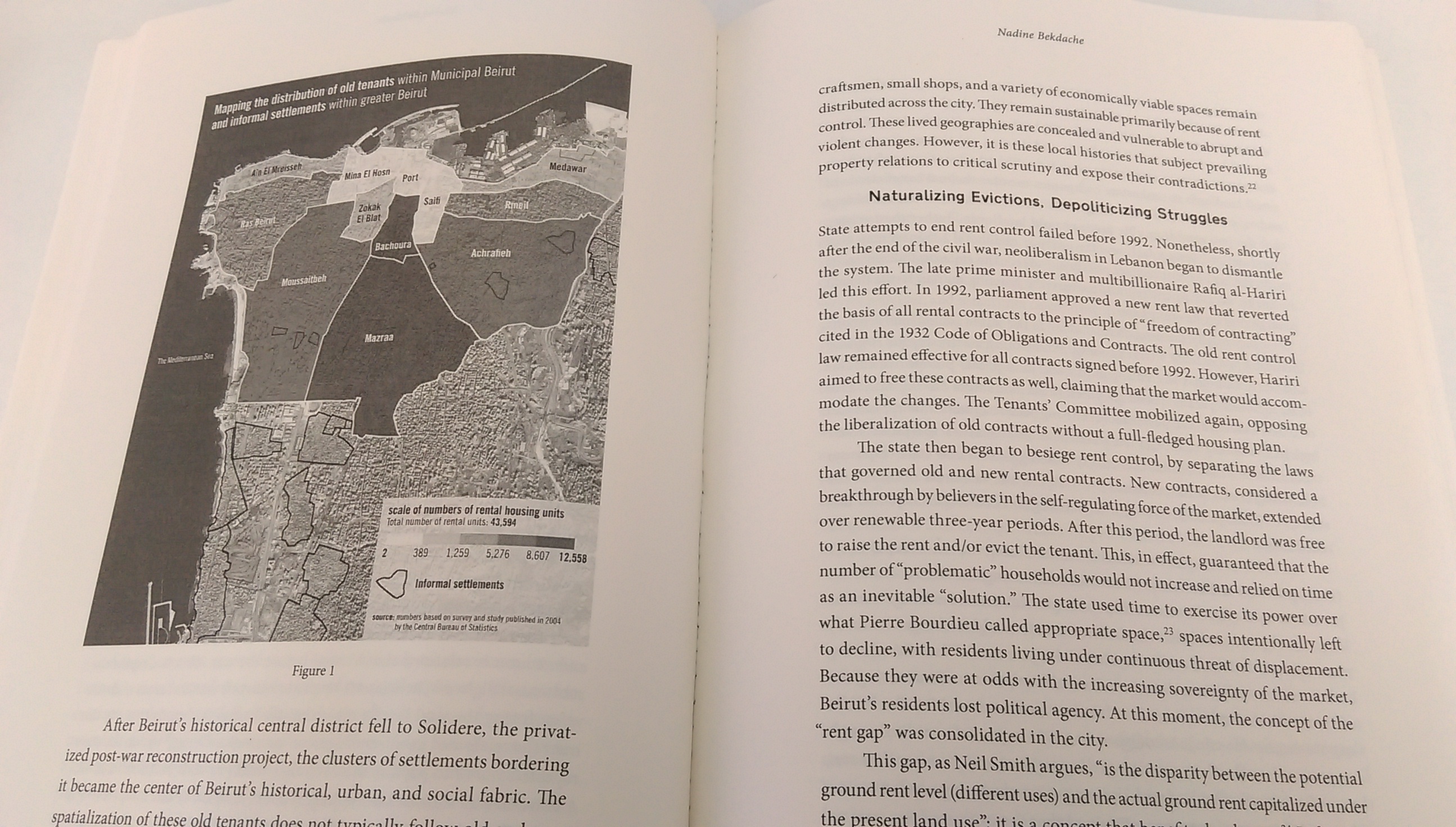 Nadine Bekdache
A practicing graphic designer and urbanist, Nadine Bekdache discussed the social spatiality of rent control in Lebanon in an article entitled "Evicting Sovereignty: Lebanon's Housing Tenants from Citizens to Obstacles."
Bekdache started her investigation by researching the urban transformation of ‘Ain al Mraysseh, the seaside neighborhood in which she grew up, and mapping the demolition of old buildings, as well as buildings awaiting demolition whose residents live in a state of uncertainty and are constantly expecting eviction.
"Prime land - a label that haunts almost all built and un-built land in Municipal Beirut - is subsequently made available for real estate investment," she told Jadaliyya. "I looked for answers on how to confront this tragic loss of the historical urban fabric, and I found in previous efforts to save heritage buildings a total disregard for old time residents.
Instead of mapping historical buildings, Bekdache decided to locate these old time residents in the neighborhood.
"These old residents were either old tenants or old landlords living together or separately in buildings built roughly between 1930 and 1975, which was when the civil war started and building activity halted," she continued. "This was an opportunity to save the urban fabric of a neighborhood by confronting spatial injustice and by stressing the right of the residents to remain in place and take part in shaping the future of their neighborhoods, though it was an everyday battle for many households."
You can read Nadine Bekdache's full interview in Jadaliyya here.
The New Paradigms Factory Program at the ACSS aims at facilitating research and publishing by innovative, critical-thinking, and engaged junior Arab scholars and activists, particularly those facing limited access to mentoring and/or publishing venues.
The New Paradigms Factory section in the Fall 2015 issue of the Arab Studies Journal is the fruit of a joint collaboration between the Arab Council for the Social Sciences (ACSS) and ASJ.